The Penguin begins its journey to the Basque Country

Tuesday 29 September, 2020
On Saturday 26, September, the Penguin Wave Energy Converter (WEC) left Orkney where it has started its final journey towards the Biscay Marine Energy Platform (BiMEP) in the Basque country. The two-week trip will be towed by the En Avant 30 tug and will see the device travel down the Irish Sea, next France’s western Coast and to its new home in Armintza.

The tug operations are being fulfilled by Saipem, who will also be conducting the Marine operations of the Penguin WEC during a 2-year period. Deployment of the device to the Basque waters should happen in mid-October. It will then take up position at its moorings in BiMEP, an open sea restricted site for trialling floating electricity generation (wave and wind powered) devices, located 1.5 kilometres off the coast at Armintza. 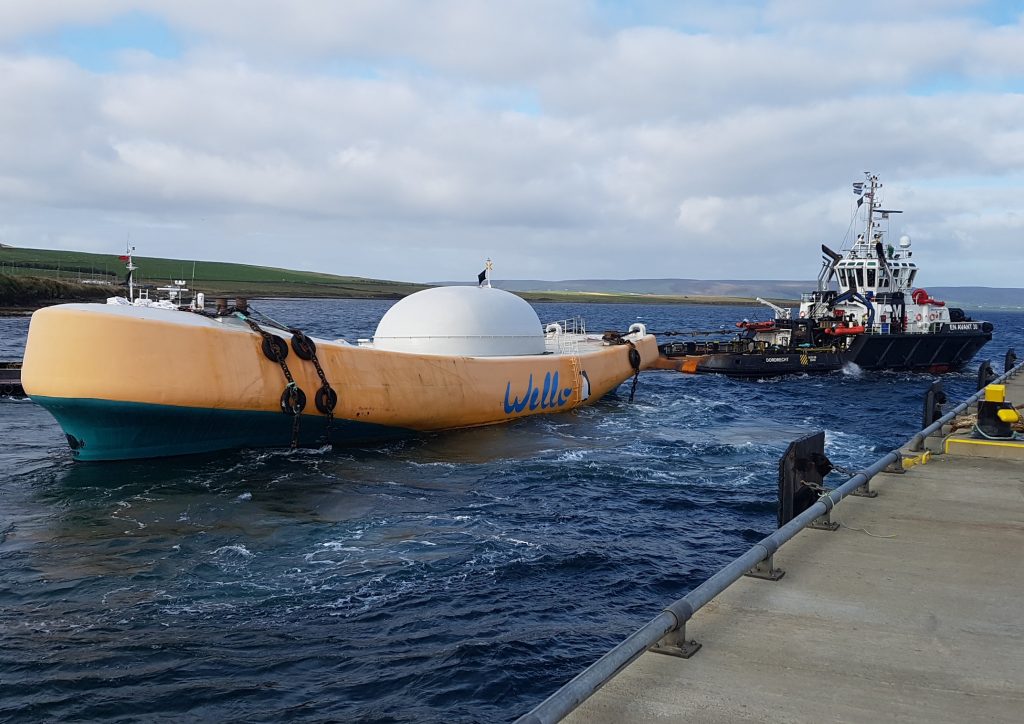