Doing what no one else has, full scale wave energy generation

Wednesday 08 September, 2021
The wave energy industry has been attempting to what was thought impossible until recently. To harness the power from the biggest untapped source of renewable energy our planet has to offer. But like how the first wind turbine built for electricity was constructed in 1888, wave energy has also had a long road behind it. Countless companies have tried to master this untapped energy source, to build something with the robustness to survive the oceans, the ability to be deployed for years without maintenance, provides a simple and cost competitive alternative to fossil fuels. And ultimately to capture a more continuous and energy dense power source than both wind and solar energy.

Wello, the Finnish wave energy conversion experts have been developing its own vision for wave energy conversion technology for over a decade. Stepping away from the traditional ideas for wave energy, and developing a technology which is simple, easy to maintain, construct and scalable. With a goal to deploy their devices harshest conditions of oceans and capture the most energy dense waves, to compete with wind and solar and to finally bring in a new player into the global energy mix: It’s patented ‘Penguin Wave Energy Converter’, the world’s most proven, robust, utility scale wave energy converter.
Wello had already deployed their original Penguin WEC-1, a full-scale prototype back in 2012 in Orkney, Scotland. During its deployment there were successes, some failures, lessons learnt, concepts proven, and ground-breaking technology pushed forward. Wello took all these lessons and put them into their newest wave energy conversion technology, a representation of utility to scale wave energy.

The Penguin, producing energy from the waves in the Basque Country

Penguin deployed off the coast of Armintza, Basque Country
Now Wello’s Penguin wave energy converter has started to generate electricity to the local Basque grid from the ocean. This is a feat, that few other developers have managed, full-scale real world wave energy generation.
This deployment has already been a huge success, from the speed of the commissioning, from port side to deployment at site, to how quickly the device was able to begin generating once deployed. The success of this deployment, however, does not lie completely with Wello but lies in the other parties that also had a huge role in this project with their continual support of Wello and the Penguin Wave Energy Converter. Wello has had the benefit to have the support offshore giants Saipem, experts in the offshore industry, who have been responsible for the towing and deployment of the WEC and they shall continue to have a role in the project as the O&M operator for the deployed device.

Wello has also had the continual support from those at the Biscay Marine Energy Platform for their diligent work in facilitating the deployment at their test site. EVE the Basque energy agency who has showed that governments are committed to the clean energy transition and willing to back it up by funding new renewable projects. We would also like to thank both Leask Marine and Tadek, two companies that have been with us since Orkney and who’s expertise and been pivotable in the deployment of the Penguin Wave energy Converter. And finally, to Zumaia Offshore, S.L. for their “Aitana B” vessel and her invaluable crew who were a huge asset during the installation of the Penguin. 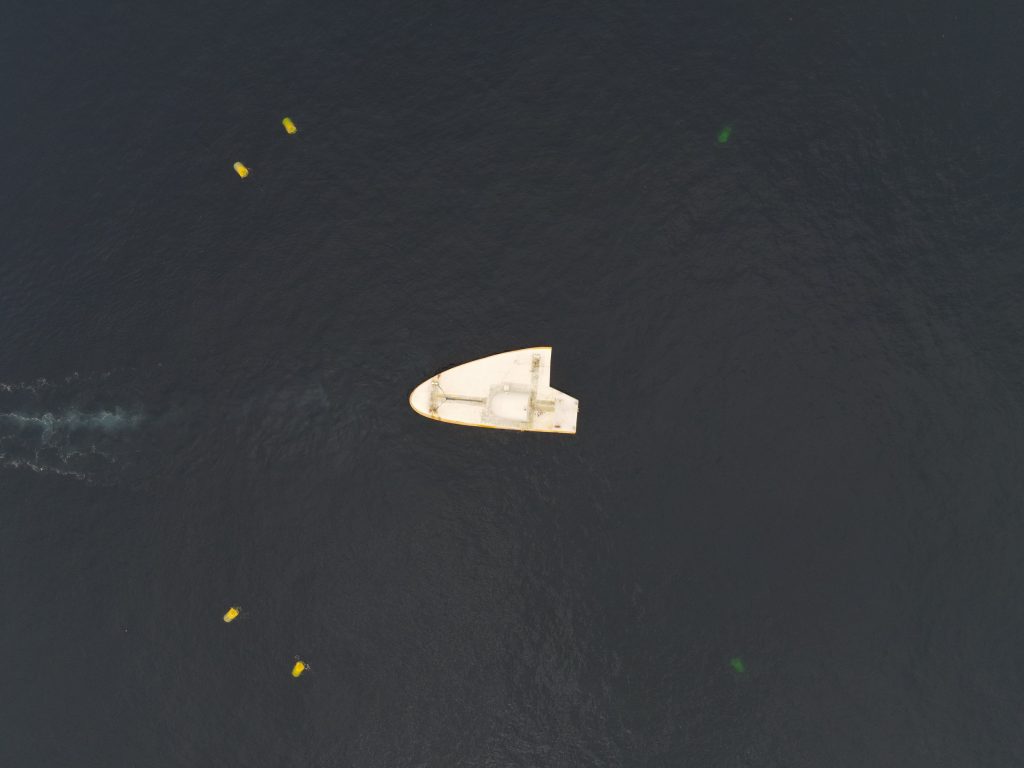 The future of energy

Over the next 2 years the Basque deployed Penguin shall be undergoing testing and verification to further prove the robustness of the device. Wello will be sharing as much as it can about the deployment here, and on our Facebook, and LinkedIn Pages. This will include findings, actual generation figures and future for the technology. We are at a point where the clean energy transition will happen, Wello has seen interest in its technology skyrocket, new initiatives have been set, governments and large companies are starting to see the competitive advantage of wave energy. The Penguin generating to the Basque grid is just the start of it, and Wello are one of the first to show the world what the future of energy generation will look like.