Penguin hit by a floating object

Saturday 01 January, 2021
There was a minor leakage detected inside the Penguin WEC by the remote-control system a couple of weeks ago. Wello decided to bring the WEC to harbor for inspections and necessary repairs.

After examination of the vessel, it was determined bythat the breach was caused by an object hitting the device. It is still unknown what object has caused the damage. However, the consensus by the marine operators and inspectors is that the device was initially damaged during the tow towards the deployment site. Once these devices are moored and stationary at site there wouldn’t be enough of a speed difference between an object and the Penguin, which would cause such a breach.

After the decision to recover the WEC there was a period of strong winds and high seas, waves reaching up to 9m maximum height, postponing the operation and caused more water to leak into the device. Though, the Penguin is designed with 4 separate watertight compartments which can take such breaches and the device will remain safe and afloat. On December 19th the weather conditions turned to a state where the device could be recovered safely and taken to port.

The operation was expertly managed by the local company CDA S.L. Saipem Xsight has also been invaluable, and the operations and activities carried out by them in the O&M of the device.
The Penguin is now in a sheltered place waiting for Saipem to operate the final tow to a shipyard for reparations.

Wello’s Director of Product Development, Ms Laura Oksanen states: “We’re happy that our design and decision to divide the Penguins shell into watertight compartments helped mitigate the risk of a critical failure. It is unfortunate that something hit the device, but we’re happy with both this design and the simple mooring construction which made it easy to bring the device in for repairs in this situation”

Wello and project partner Saipem Xsight are using to the two-year-long BiMEP deployment as a springboard, leading towards the companies joining together in the future for large scale wave energy deployments. In the present project, Wello as the wave energy developer, shall be responsible for taking care of the power conversion inside the WEC and the hull of the WEC. Saipem will take the responsibility for towing, for marine operations, for external surveys, and finally for decommissioning of the WEC. 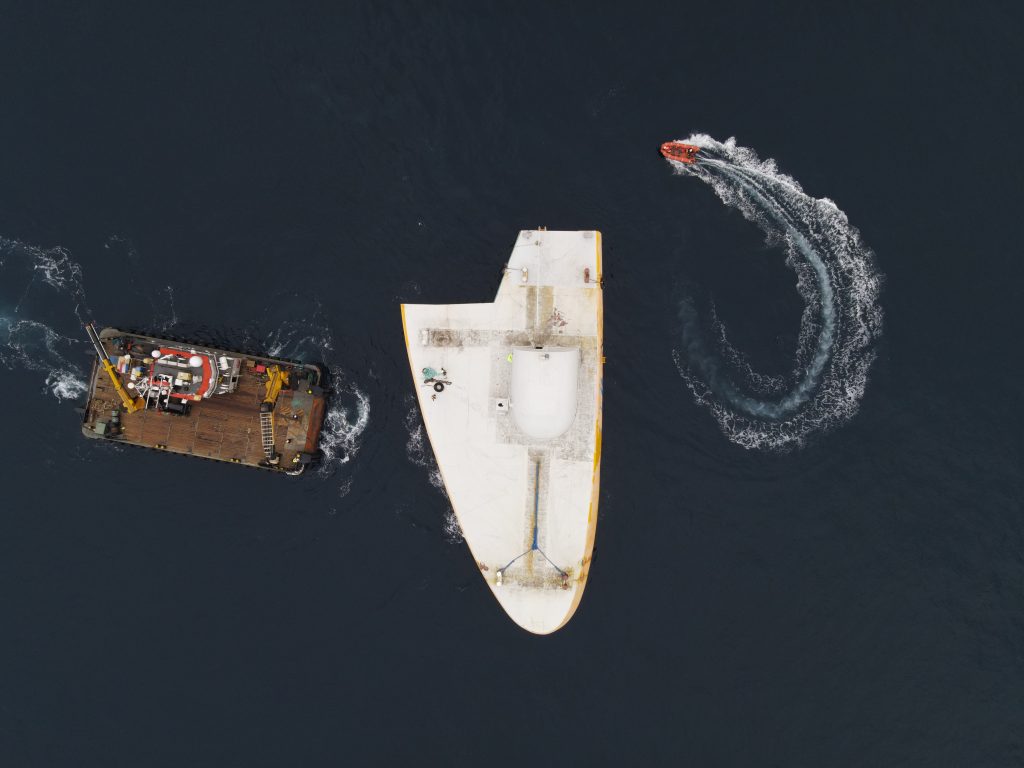